Tati Boudakian is a photographer, audiovisual producer, and granddaughter of Armenian Genocide's survivors. Tati is also a Birthright Armenia program alumna who volunteered with us in 2015. Tati has launched a new project, "Dehatsi" which we present below.

My grandparents came to Brazil as children and, with their families, they found spaces to develop here. Unfortunately, I didn't know them, but I feel that each year I get closer to them. This is due to my approach to Armenia.

Five years ago, I had the opportunity to live in Armenia for a while. I arrived without knowing how to speak anything of that foreign language to my ears. As time passed, I started to understand a word or another, a phrase, a conversation... It was very magical when I understood what I heard, but it was also very frustrating how slow the learning took place. One thing that always motivated me when I wanted to give up was to think about my grandparents and all the Armenians who had to, not only learn another language but also insert themselves in another culture. They had no choice. I had.

I don't know if that happens in all families in the Diaspora, but in mine, in addition to the tragedy and sadness of the genocide, some amusing stories of my ancestors survived trying to live here in São Paulo without speaking Portuguese. This is one of the aspects that the short narrative brings: language, identity, cultural adaptation. That feeling to be at times foreign, at times belonging to a place so far from home.

Shortly after I returned from Armenia, I met the person who gave birth to the protagonist of this film: Anushik— a girl who came from there and ended up staying. She was my Armenian teacher and today she is a great friend. Her story may resemble mine, which went to Armenia because she wanted to and because she could, but it also resembles that of my grandparents, who came to São Paulo without knowing anything and had to build a home outside their invaded lands.

What I want is not only to tell a person's story but for that story to be told and felt by many people. How can we not speak of collectivity when talking about Armenia? And how can we not talk about diversity within a scenario like the city of São Paulo? So the challenge is this: to build the bridge (not the Little one) between Armenia and São Paulo, for the community and for the diversity.

I begin to tackle this challenge by forming a beautiful team. A team of women, Armenians and young artists who agreed to embark with me on this trip. Carrying out this project is perhaps my way of sensitizing people who know little or almost nothing about Armenia, of bringing together elements of that culture, raising historical issues and, unfortunately, so current that they do not abandon us. This short is a film about Armenia, about São Paulo, about immigrants, about all of us.

Anush is a young Armenian woman who decides to leave her country and travel to Brazil without a return ticket. She ends up being welcomed and inserted into the Armenian community in São Paulo. Her biggest challenge, however, is to adapt to the large and cosmopolitan city, so far from her roots.

25.000 reais pay for the production of this film: camera and light equipment, technical team, actors, transportation, and food on the recording days, production design, and post-production.

5.000 reais are for paying the website campaign (that keeps 13% of all the value) and the rewards (Santiago Nazarian's book, Juliana Nercessian's illustrations) for people who contributed.

This project has the institutional support of the non-profit entity UGAB Brasil, to promote Armenian culture and heritage. For every dollar raised, UGAB will double the amount to donate to Armenian war victims and refugees from Artsakh / Nagorno-Karabakh. 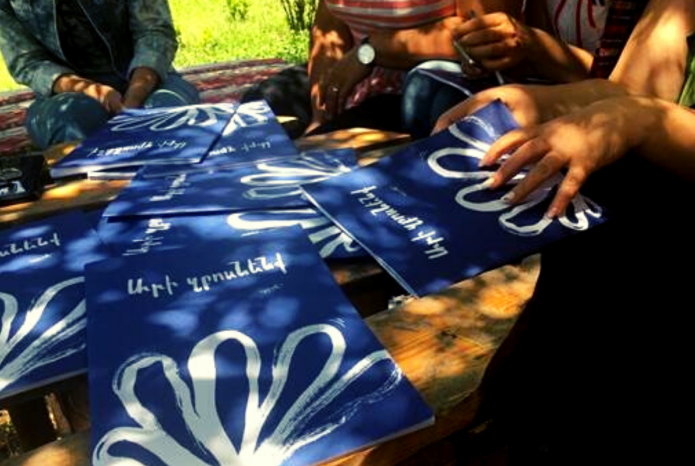 Grants Program for Alumni: What Did They Do?