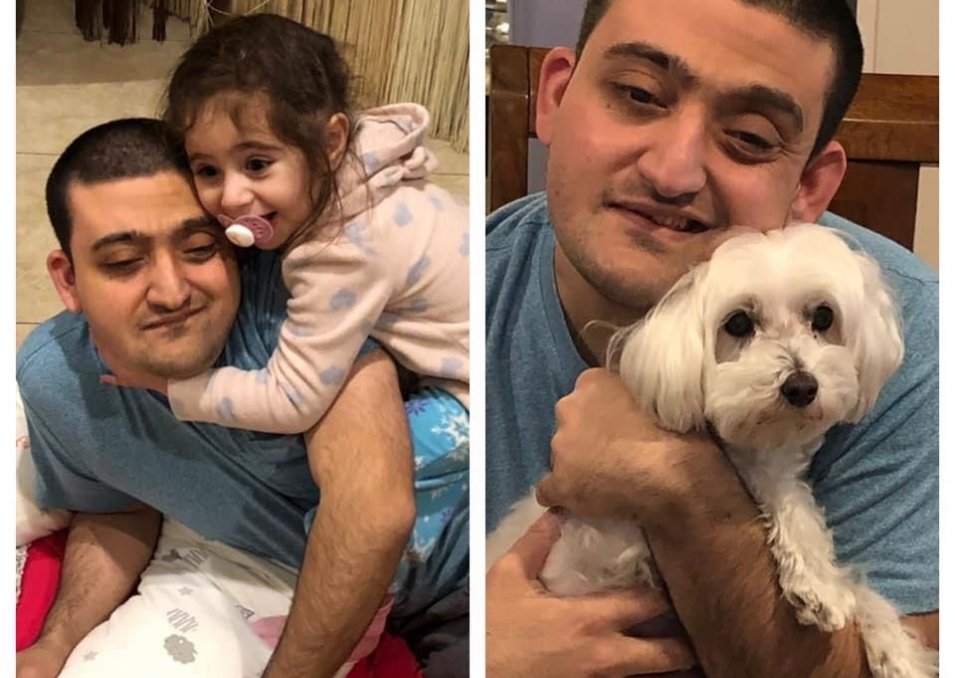 Transcending Limitations as a Volunteer in Armenia

Michael Collins, an Armenian Volunteer Corps (AVC) program participant from Massachusetts, USA wrote an article about Sarkis Gekchyan, a Birthright Armenia volunteer from California, USA. Read on to discover how Michael uncovers Sarkis' journey in Armenia while he explores his hobbies and interests as a volunteer.

Sarkis Gekchyan is visually impaired, but he has spent practically his entire life learning, laughing, and loving in spite of this seemingly serious limitation. He was born with a condition that caused the bones in his face to grow so much that they crushed his optic nerves, leaving him virtually without vision from the age of one onward. Close to three decades later now, he continues to face each new day with the attitude that he can pursue his passions as he deems fit, on his own terms and generally without outside help.

Sarkis has worked up an impressive command of numerous subjects. He became enamored of Ancient Egypt as a fourth grader, and it did not take long for him to transfer his interest toward the country of his ancestors, whose history goes back nearly as far: Armenia. He grew to be so knowledgeable about Armenia's past that one of his tasks as a Birthright Armenia volunteer was helping out on an archaeological dig. In the course of his study of Armenian history, he certainly improved his skills with the Armenian language, in which he is now quite fluent. Music is another of the subjects in which his knowledge is reasonably encyclopedic, and Armenian folk music ranks as one of his favorite genres, alongside jazz, blues, and R & B.

Volunteering in Armenia to make an impact

Sarkis wants his ancestral homeland of Armenia to benefit fully from his erudition and his determination, so he has made up his mind to repatriate. His current stay in Armenia, which began in March 2022, is his third, and his impending return to the United States will see him apply for Armenian citizenship at the Los Angeles consulate. His recurring volunteering duties on this third stay entail teaching children English (Sarkis deeply appreciates both children and animals, hence the photo for this article) and assisting at a center for wounded veterans from the most recent conflict in Artsakh. Sarkis's individual lessons to the veterans and, more importantly, his very presence in front of them, successful and assured, drive home the three points that a handicap is by no means a death sentence, that genuine achievement is possible even with a disability, and that the handicap can even be used as motivation toward accomplishments. It was, in fact, Armenia's experience in the 2020 Artsakh fighting that convinced Sarkis he should repatriate and do absolutely all in his power to help Armenia in its hour of need.

When asked what his ideal job as an Armenian repatriate would be, Sarkis unhesitatingly responded that it would be connected to the military. He acknowledged that a field combat role would be out of the question, but he is keenly interested in working in military strategy and logistics. Diplomacy is also important to securing justice and keeping peace among nations, of course, and Sarkis dreams of one day serving as Armenia's ambassador to India. That high office could take years to open up for Sarkis, but if he continues to develop at his current pace he will be a tremendous representative of Armenia and of people with disabilities, to India or any other nation.

Sarkis Gekchyan is a proud Armenian, set on becoming a citizen soon. His pride in being Armenian and his commitment to helping others have together greatly reduced the impact of visual impairment on his life. His perseverance is an example to all people everywhere, far beyond Armenia and Armenians.