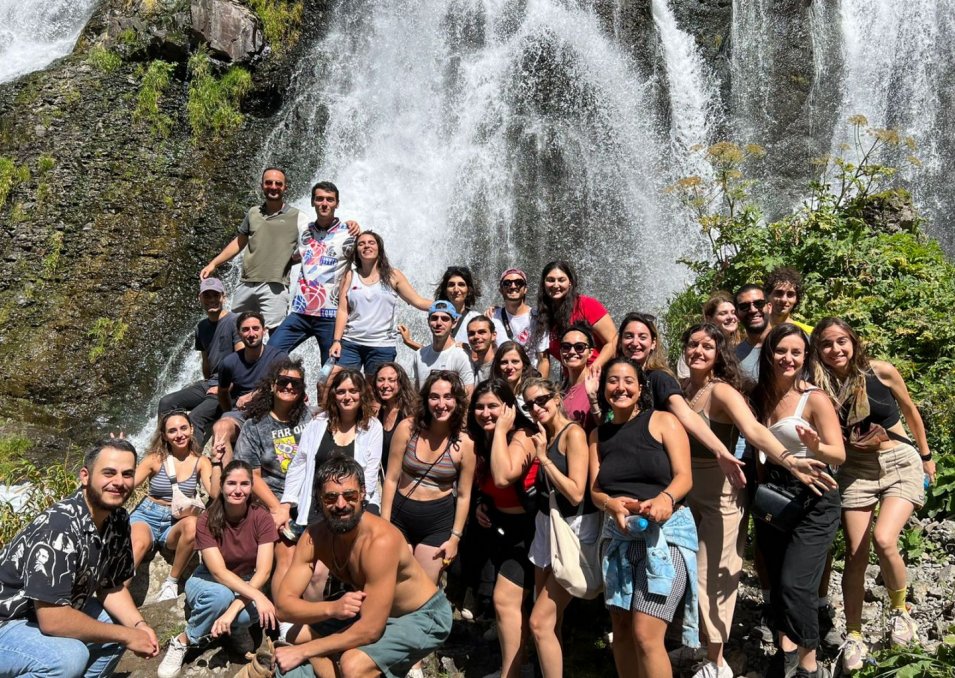 Volunteering in Gyumri: Everything I Ever Wanted

As I write this, I long for a place I only dreamed of calling home. I long for Armenia. I long for Gyumri and everyone I met there. If I went back in time and told my nineteen-year-old self that I would leave Armenia with tears in my eyes, she would not believe me. My journey of understanding my relationship to Armenia, my Armenian identity, and what that meant for me has been a work in progress since I first understood that I was Armenian.

Even though I was born to two ethnically Armenian parents in Los Angeles, where there was an enormous Armenian community around me, I struggled to feel connected to that community. Right from the beginning, I felt different compared to the majority of Armenians in Los Angeles. My mother’s family spoke Eastern Armenian while my father’s family spoke Western Armenian. I grew up with that influence and to this day, I mix Eastern and Western Armenian when I speak. But growing up, other Armenians criticized me for mixing the two as if one was “better” than the other. Eventually, I developed a love yet a fear of Armenians that were not members of my own immediate family. Love because of my desire to connect with other Armenians yet fear because I had been judged and hurt by some Armenians who continuously made me feel like I was not “Armenian enough”. Even when I participated in Armenian folk dance, I didn’t truly connect with other Armenians until I was older and was used as an example to follow due to my higher skill level after eight years of dancing. Yet, I would see friend groups of young Armenians laughing and dancing together and my heart hurt because I didn’t have that and I believed I never would. For twenty-two years, I believed there was a certain way to be Armenian and that I had failed at it.

Then in a last-minute decision, I decided to apply to Birthright Armenia for the months of July and August in 2022. I had wanted to do Birthright since I was fifteen years old but now, I was finally old enough and my summer was open. I knew it was going to be a great experience but I had no idea how deeply I would grow and how much I would gain. This was my second time in Armenia with my first time being during the summer of 2019 when I came with my family. We did a lot of sightseeing but at the end of the day, I had merely been a tourist and I left Armenia with no intense feeling about it. When other Armenians said they felt like Armenia was their home that they longed for, it made me sad that I could not relate to that feeling. Yet, this time in the summer of 2022, it was different.

Living with a Host Family in Gyumri

During my time in Birthright Armenia, I stayed and volunteered in Gyumri for two months. I lived with a host family and volunteered with the Ambulance service, at the Gyumri Medical Center, and I taught English to four different groups of students at two separate institutions. After one week, I already felt the difference between the Gyumri Armenians versus the ones I encountered throughout most of my life. They didn’t point out the littlest of flaws but instead praised me for my strengths and hard work. Instead of having my Armenian language skills nit-picked, I was praised for being able to speak the language in any capacity. I came to realize that I no longer felt that bit of fear in the background that I usually felt before every interaction with Armenians. I was now confident and excited when it came to meeting new Armenians. This confidence resulted in my improved Armenian speaking skills and increased the number of connections I was making with Armenians. I grew close with the students to that I taught English to and even with a group of Armenian teenagers who I played volleyball with during my free time in Ani district. I still remember when I finally arrived at my host home after a long day of orientation and a long drive from Yerevan. My host family welcomed me like I was a family member and as we all laughed together at the dinner table, I felt like a member of this happy family after only ten minutes of knowing them.

When it comes to volunteer sites in Gyumri...

I was lucky enough to interact with both the old and the young through my volunteer placement sites and during my own free time. I have happily worked with children my whole life and plan to continue doing so as a pediatric nurse once I graduate from nursing school. These children were always excited to meet me and have me teach them. It was interesting to listen to their observations of me as a born and raised Armenian-American and how that differed from what they were normally used to. After all the time I spent with them, I was able to learn some Russian words as I taught them English. During one lesson where I was teaching the children in Moosh two the names of common animals, I arrived at the picture of a cat and even after I told them the English name, they kept saying its name in Russian, кошка (koshka), over and over again purposefully to make me laugh. We laughed so much during that lesson and I really felt I had connected with these children. Now I will forever know how to say cat in Russian.

Interacting with locals in Gyumri

In my free time in the evenings, I would go to the blacktop of one of the schools to pass volleyball around with the teenagers that came to play. I love volleyball and played for my high school so I was able to teach the teenagers that were interested how to play the game and how to improve. I got very close with them as we kept playing together often. I noticed that they did not have access to a volleyball net even though they wanted one, so with the help of my family, I was able to buy a net for them. They were so excited about it as they set the net up for the first time. While they appreciate me immensely, I appreciated them not only for allowing me to learn what Armenian teenagers were like but for the friendships I built with them.

The biggest factor for me though was the other Diaspora Armenians in Gyumri who were there to volunteer like me. I came across this quote and I think it completely encompasses how I felt:

If I could, I would make this article a love letter to them all. Gyumri itself is such an amazing and cozy city but since I was able to experience it with the best of people, Gyumri became a home. A home that even my birthplace could not compare to. When I first met the Gyumri group, I was excited yet nervous, like I had always been. Yet this time, I was invited in with open arms to this family. Within a week and a half, I had felt more at home with other Armenians than I had my whole life. I feel like the happy, confident, and outgoing version of Mary I had longed to become again blossomed naturally in this positive environment. I was mentally, emotionally, and physically the healthiest I had been in a while and it was thanks to these people and this place. I was given the love and acceptance that I needed to let my true self come out. We all had so much fun together whether it was partying the night away in Yerevan or sitting in Balgon and talking about life. I even started a little tradition where whoever wanted to join me and two other volunteers, Krikor and Kevin, did Kochari at different Historic Armenian locations.

After a while, I came to realize that most, if not all, of the volunteers in Gyumri had the same experience as me growing up. That they also had that feeling of not being Armenian enough or not fitting into the Armenian community around them. It was almost like fate knew we were all missing this sense of belonging and brought us all together to fill in this missing piece. They all taught me so much that allowed me to grow as a person.

Anush taught me to live my life like I’m the main character.

Stephan taught me that who I was, was enough.

Pascale taught me that one great conversation can brighten anyone's day.

Arine taught me that those who got to meet me were lucky.

Hovhaness taught me that a daily dose of goofiness keeps our days full of laughter.

Krikor taught me that I’ll never be without a kochari dance partner.

Ashley taught me that my bubbly and loud personality was energizing, not annoying.

Kevin taught me that I am worthy of all the attention and friendship in the world.

Anahit taught me that wearing my heart on my sleeve is a virtue.

Ani taught me that I am an amazing person that deserves the world.

When it was finally time for me to fly back to America to start my last year of nursing school my heart ached like never before. I had grown attached to these people and this country more than I ever thought possible but the thought that I will come back to Armenia again and that I knew I would see my Gyumri family again made leaving bearable. We may be spread across the globe but the connections we made with each other were one-of-a-kind and will last us a lifetime.

Armenians are not a monolith. Whether you look within Armenia or out into the Diaspora. While we are bonded by culture and the country we love, we all come in different shapes and sizes. We speak different languages and are influenced by our different nationalities. We as a people need to celebrate these differences and welcome them rather than look down on them and use them as a way to create pointless division. These differences only make us stronger and more interesting as a people. With everything Armenians have gone through, spreading and fostering love within and outside our community should be a practice we aspire to. I, for one, can now attest to the amazing power that Armenian love and connection can have on a single person. 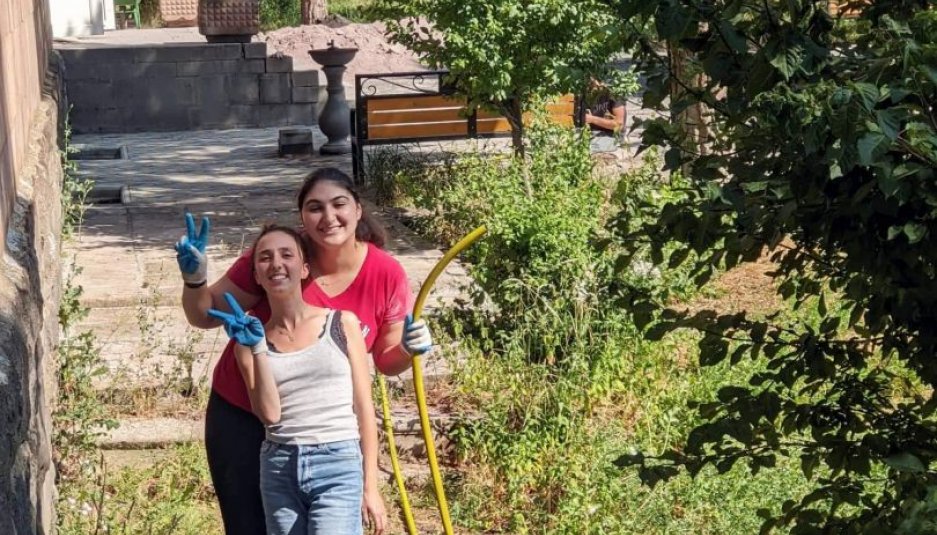 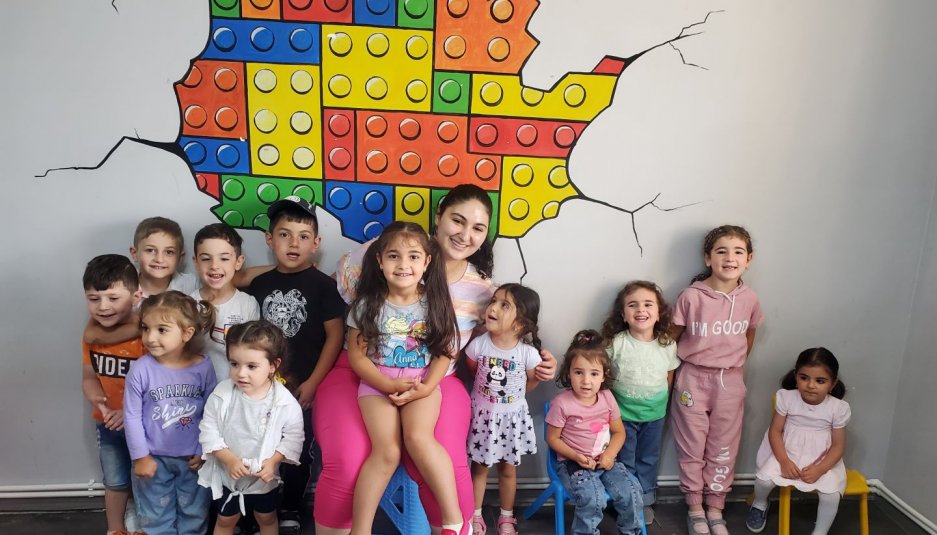 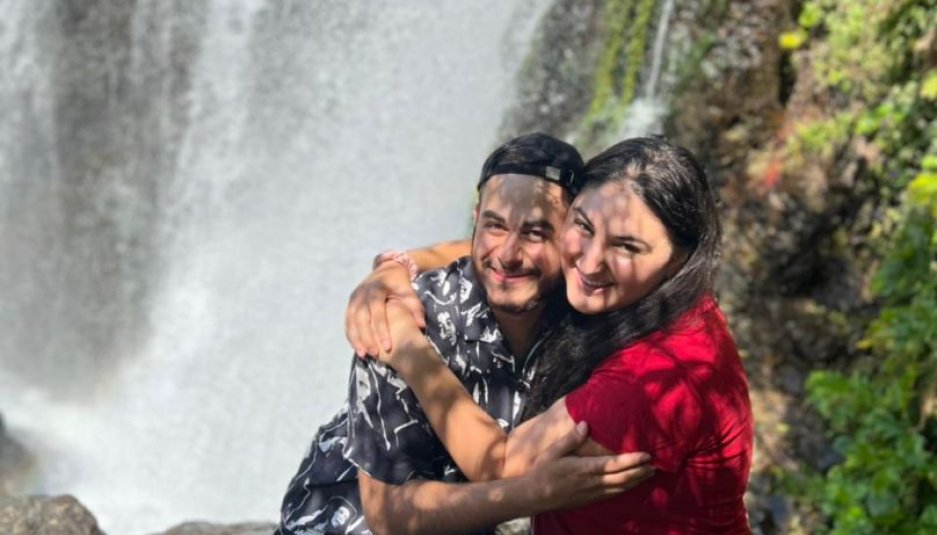 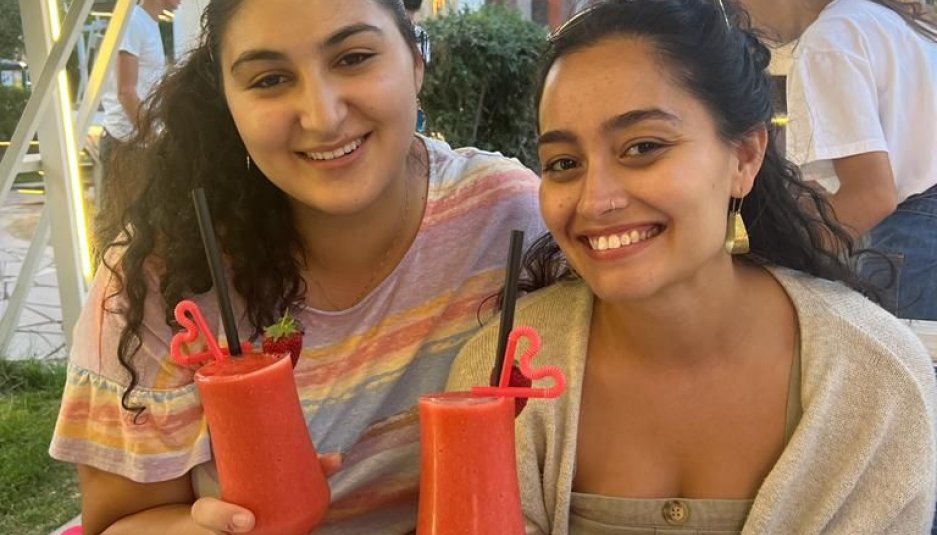